Recently back from an enjoyable weekend at Haltwhistle.  Our first time at the Camping & Caravanning Club Site there, which is situated by the River South Tyne.

Our pitch was beside the pathway down to the river which, along with birdsong, was pretty much the only sound we heard on site.  We believe this pretty little site to be the quietest we’ve stayed at so far.  Bliss.

Haltwhistle is a small town in the North East of England just over the border from Carlisle, lying in Northumberland.  It is described as the geographical centre of Britain (although the village of Dunsop Bridge in the Ribble Valley, Lancashire is also often cited as the centre of Britain). 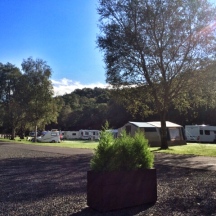 We woke to sunshine

It is a couple of miles into Haltwhistle from the site and we cycled down the old railway track which can be accessed not far from the entrance road to site.  It’s a tarmac pathway with a gradual decline going and, obviously, more pedaling required coming back.  It follows part of the old 13-mile railway route from Haltwhistle to Alston (the highest market town in England).  The line was opened in 1852  to transport minerals from Alston Moor, and it closed in 1976.  By 1983, there was a narrow gauge railway operating along a small section of the line with plans to possibly extend this at some point.

The disused section from the campsite now forms part of the 26-mile South Tyne Trail (for both cyclists and walkers) which runs from Tyne Head to Haltwhistle.  It takes in the restored Lambley Viaduct, built to cross the South Tyne River. 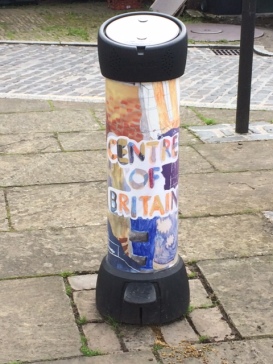 Haltwhistle is rich in Roman history and approx. 2 miles away is the central section of Hadrian’s Wall, which is the location of the best preserved section of the wall.  For around 300 years, Hadrian’s Wall was a frontier sprawling 73 miles coast to coast from Wallsend in the East to Solway Firth in the West.  It was built by approx. 15,000 soldiers on the instruction of Emperor Hadrian in 117 AD to protect the roman empire against barbarians, and was finished in under 6 years.

About 5.5 miles from Haltwhistle is the Vindolanda Roman Fort and Settlement with museum.

It’s one of the North East’s most famous tourist attractions, particularly noted for the Vindolanda Tablets – considered some of the most important archaeological finds of correspondence (written on wooden tablets) discovered anywhere in the Roman Empire.  Speaks for itself that this is worth a read-up on and a visit.

We had great September weather during this trip and spent a lot of time cycling through the beautiful countryside.

For food and a good pint, Bri had researched The Black Bull Inn, in the centre of town.  It receives excellent reviews and we had planned on trying here, but by this time our travels had taken us away from town.

At the end of our full day there, after covering several miles, we finished off along the South Tyne Trail, a little further on from site to call in at the Wallace Arms, Featherstone.

We arrived there half an hour before opening time, but the landlord saw us and opened up early to pull us thirsty cyclists a couple of pints 🍻  Nice one Mr Landlord!  👍  We had planned to eat our evening meal there but discovered that they don’t serve food.

Instead we sat outside and enjoyed the last of the day’s sunshine, a couple of real ales from a local brewery, and chatted at length with one of the new occupants of this now family run pub.  There were lots of lazy, grumpy wasps around as there are at this time of year, which we both spent a while dodging … until Suzie eventually jumped up dancing around, shaking her t-shirt to get rid of a wasp that had got inside and stung her armpit!  😖  Another pint eased the pain though 😃

On arrival back at site we ordered fish and chips from a takeaway in Haltwhistle that provided delivery.  The info and menu for this is in the site information file.  Good fodder before turning in for the night and our journey home the following morning.  A thumbs up for Haltwhistle. 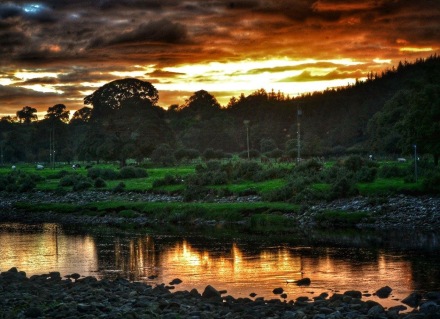 Our next Jolly jaunt is back to Uttoxeter Racecourse where we went last year for the Marston’s Beer Festival.  This year we’re returning for the Oktoberfest weekend in … err … October funnily enough.  Roll on October! 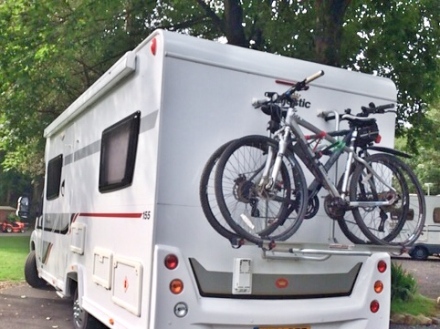