Mr Pip appearing not to allow the responsibility of house-sitting to phase him. 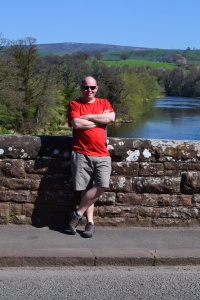 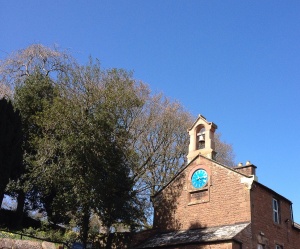 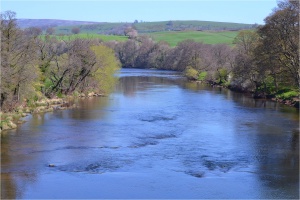 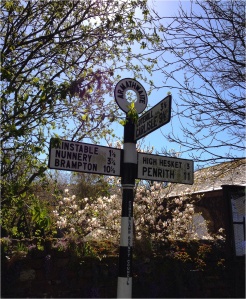 Suzie & Jolly enjoying every last second of the evening sunshine!

Jolly basking in the evening sun

What a great weekend of cloudless skies & unbroken sunshine for our latest trip in Jolly.  The weather started turning today but no worries as we were on the road home by lunch time, ready to see Mr Pip who had been house-sitting for us …

We think Englethwaite Hall Caravan Club site is the prettiest one we’ve stayed at so far.  It is situated on the edge of the Lake District, set in the grounds of a now long gone stately home with the beautiful backdrop of the High Stand Forest.   The site is a popular stop-over point due to its location not far off the M6, and we noticed several people pitching up just for one night.  It is open to members and non-members but there are no toilet/shower blocks, so you need your onboard facilities.  It is fair to say that this site and the quiet, unspoilt beauty of this area might not appeal to everybody, especially those with families seeking activity, visitor centres, etc. but for us it ticked all the boxes. Perfect tranquility.

The evening skies were clear leaving it quite chilly but we wrapped up warm, stargazing and were lucky enough to see the International Space Station passing over.  Amazing to think of that man made object so far away in space being visible to the naked eye.  Awesome stuff!  We braved the chill a little longer afterwards, listening to the owls before settling down for the night in Jolly.

We did quite a bit of relaxing on site, enjoying the sunshine while we could this weekend, but also biked into nearby Armathwaite village one day.  It is only an approx. 7 mile round trip but with the steep hills that you would expect in a valley, it felt more like 10! It involved crossing the Settle-Carlisle railway line, reputedly the most scenic railway in England.  Actually, when the level crossing barriers came down as a train came through, we were quite relieved because it gave us a chance to get our breath back!

Armathwaite is a lovely village lying on the River Eden, and you pass the Church of Christ & St Mary as you enter the village, a pretty little 17th century chapel & graveyard.   There are two good village pubs that we sampled (be rude not to contribute to the local economy …).   The Dukes Head Inn with a variety of real cask ales, where Bri enjoyed a couple of pints of one of the guest ales and me an ice cold lager.  We then enjoyed a bar snack lunch at the Fox & Pheasant Inn on the opposite side of the bridge before burning off the calories on the bike ride back to site.

Other walks/rides in the area would include Wetheral,  Coombe Wood, and walks along the bank of the River Eden, also reported to be excellent for fly and coarse fishing.